← more from
Real World Records
Get fresh music recommendations delivered to your inbox every Friday.
We've updated our Terms of Use. You can review the changes here. 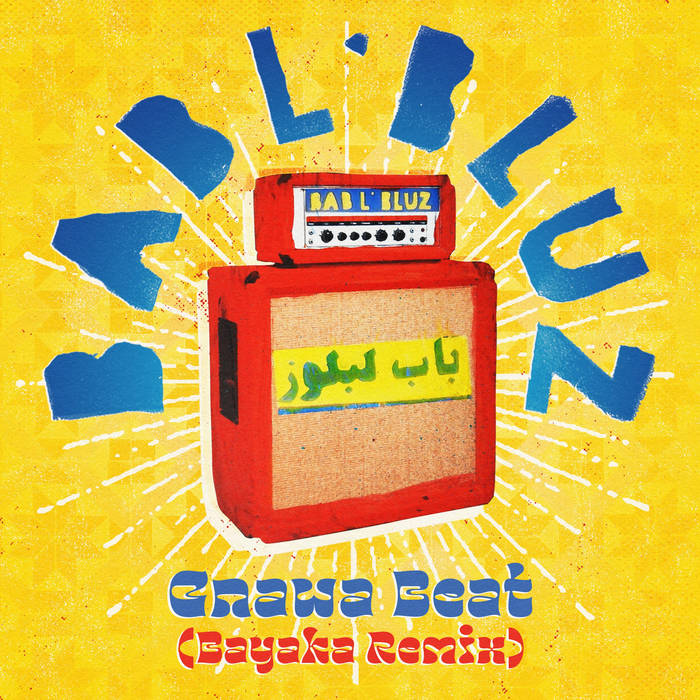 Hot on the heels of their collaboration with French dance-music duo Synapson (and associated remixes by Folamour, Chambord and UN*DEUX), Bab L' Bluz release a new remix of "Gnawa Beat", the opening track of their debut album ‘Nayda!’
For this single "Gnawa Beat" has been re-worked by Bayaka, the Italian DJs and producers famed for their work on releases for MoBlack Records and other celebrated Afro-House labels. In their hands the desert blues-infused original morphs into a pulsating, late night club work-out with an insistent bassline underpinning the trance-like melody and rattling percussion.
Bab L’ Bluz are no strangers to a hypnotic groove themselves, but things have been fully ratcheted-up here, while still keeping Yousra Mansour’s Darija vocal front and centre, as she sings “Welcome to the truth that can be told without fear.”
Led by Mansour, a doukkalia woman, Bab L’ Bluz are devoted to ideas of unity, to a revolution in attitude and to shaking up the status quo. Values that dovetail with Morocco’s "nayda" youth movement — a new wave of Moroccan artists and musicians taking their cues from local heritage, singing words of freedom in the Moroccan-Arabic dialect of Darija ("nayda" means both "to rise up" and "to party") and mixing influences at will.

Created in Marrakech in 2018, Bab L' Bluz was born from the dream of propelling Guembri (the Gnawa's Guitar) on the international music scene of contemporary music.
Hot Psychedelic Gnawa Blues!

Bandcamp Daily  your guide to the world of Bandcamp

sndtrak stops by with an Album of the Day Feature of his most recent release, FLIPS V1: Triple Lindy